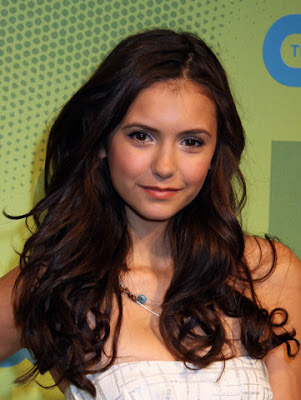 Q: Will the triangle between Stefan, Elena and Damon continue?

Nina: That's what's so intriguing. The thing about our show is that it's not something that we're going to drag out. They're really going and hitting all the stops, right from the beginning. The second episode is really intense. And, by the third one, we were shocked at how fast everything was moving along and how much action there was. We're also definitely pushing a lot of envelopes with the show.

Q: Will Elena find out about the woman that looks like Stefan's first love?

Nina: It will develop, and things will start to open up and happen. I can't say too much, but I wasn't kidding when I said that things happen fast on the show. In the second episode, you're already going to learn a lot, and Elena is going to start discovering a lot, too. 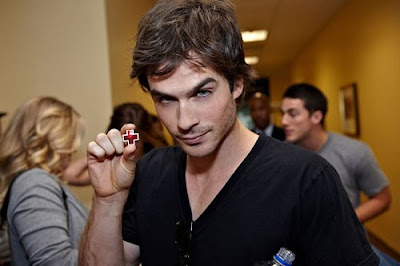 
“He’s angry,” Somerhalder said. “He feels like he’s been wronged, very badly, and he wants vengeance and redemption. However, he is lonely. He’s the most lonely person I’ve ever known. Imagine being 170 years old. However old you are, at this point in time, imagine thinking about how much you know about life and quadrupling that, and seeing all the people you’ve ever known die around you. That probably makes you very cynical and lonely.”

That’s deep, but Somerhalder is having fun. “It’s so much fun. That’s why he’s so fun. Violence and brutality, for me, is never okay. I’m not a violent or brutal person, in the least bit. I’m actually really passive. But, his violence and brutality stems from someplace. Even people who are bad, do it for reasons. The reason why people like the bad boy in a film, a show, a book or a play is because they have so much fun doing what they’re doing, while they’re doing it. And, there’s something that’s interesting and enticing about watching someone like that. Even if he’s being mean, he’s having fun doing it. So, as humans, we’re sickly drawn to that, and we’re all guilty of it.”

Looking into Damon’s background gave Somerhalder even more fuel for the rage. “It’s intense. Even people who are bad, it all stems from a place. It’s coming from a place. When we’re good to people, it’s coming from a good place. When we’re bad to people, it’s coming from a bad place. But, we all have a reason for what we’re doing, and Damon’s is pretty justified. He feels as though he was hurt very badly in the past, and wronged very deeply, so he’s ticked off and he’s ready for some vengeance. It’s going to be interesting. He has reasons for everything he does, so there will be shifts. The whole idea is that Damon has lost all humanity, but we will see different sides of him, as the season starts to play out. “

Of course, that’s for several weeks of television to reveal. “There are so many elements that are going to dictate that because of the mythology of it all. These two brothers have very different views on life. Damon has decided to not dismiss his heritage, which is, unfortunately, feeding on people. That’s what vampires do. It’s like if a human being decided to stop eating, essentially. And, Stefan, because of his love for people or just his desire to not have to brutally kill them, has decided not to, which makes it invariably difficult to hang out. And so, there are going to be a lot of twists and turns that are going to illustrate how different they are, and the bouncing back and forth of good to bad and bad to good. There are so many places that they can go.”

The Vampire Diaries premieres September 10 on The CW