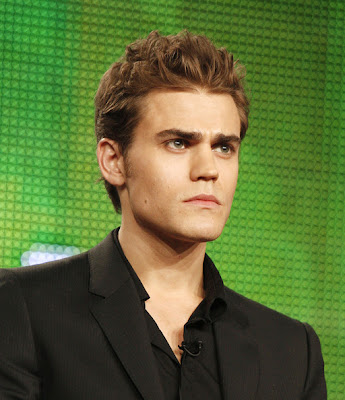 Quick reminder that Paul Wesley will be on the NY PIX Morning News (on NYC CW affiliate Channel 11) tomorrow (Monday) morning at 7:45 a.m. ET. Watch their blog for photos/video or, if you’re in NYC, watch on TV.

Also, thanks to nysiren for the heads up that a photo of Paul and Nina is featured in the September issue of NYLON, with Anna Paquin on the cover. It’s their TV issue.

If you stuck around to watch the CW’s Daytime EMMY Red Carpet special, you caught a video message from Ian Somerhalder within the first 20 minutes. He introduced a clip from The Vampire Diaries pilot (Stefan and Damon in Stefan’s room), with Zach Roerig standing behind him. Hopefully that’ll pop up online at some point. As for the CW Fall 2009 Preview Special, it featured the TVD extended preview, which was nice to see on a television versus the laptop.

We have a feeling the next 10 days are going to be pretty non-stop with the promo/publicity. Should be fun.

The special doesn’t contain any new series footage, as we understand it, but if you want to watch something Vampire Diaries-related that’s longer than a 30-second promo on your big TV screen, why not tune in?